The General Secretary of Universities, Jose Manuel Pingarrón and the General Director of La Caixa Foundation, Jaume Giró, have handed over the diplomas that accredited their PhD scholarship to 77 researchers at an event held on July 12 in the CosmoCaixa building (Barcelona). In the event, the doctorate diplomas (20) were awarded to Spanish researchers, and the diplomas of the INPhINIT Doctorate Programme (57) were awarded to researchers of 30 different nationalities.

One of them is Rama Prajapati (Nepal), a PhD student in the Nanobiotechnology group led by the researcher Álvaro Somoza at IMDEA Nanociencia. His PhD focuses on the preparation and evaluation in cell cultures of nanoparticles, fundamentally based on albumin. These systems will be optimized for the transport of therapeutic nucleic acids for the treatment of diseases, such as pancreatic cancer. 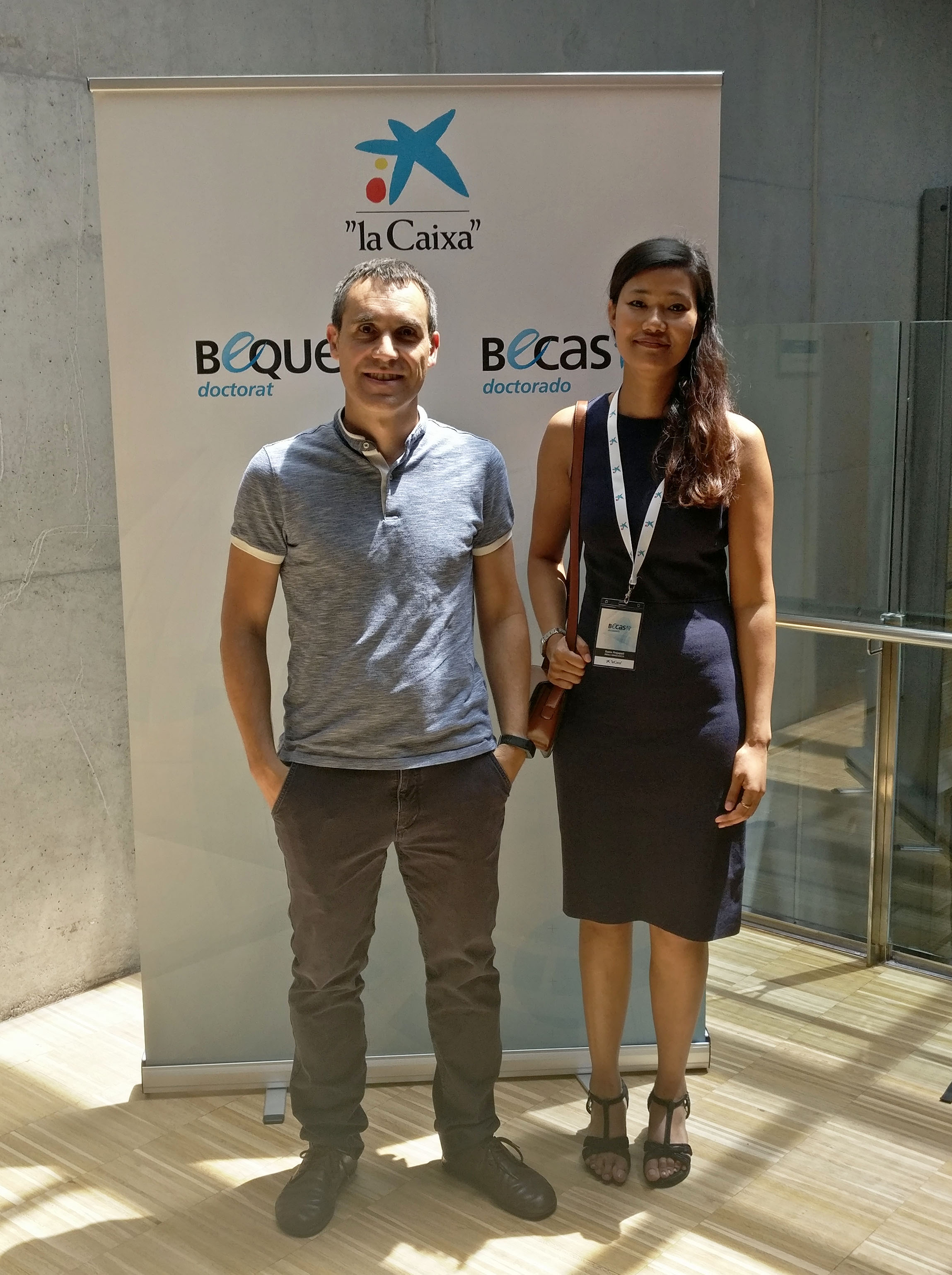 Rama collected his diploma accrediting the INPhINIT Doctorate Programme. This programme, co-financed by the European Commission through the action Marie Sklodowska-Curie COFUND (Horizon 202), is aimed at researchers of all nationalities who are interested in pursuing a doctorate in centers and research units accredited with the award of excellence Severo Ochoa or María de Maeztu. In the 2018 call, 448 applications were received, of which 57 were selected. The scholarships have a duration of three years and a total budget of € 122,592.

La Caixa scholarships have the unanimous recognition of the scientific and academic community. Since the beginning of this scholarship programme in 1982, the group of scholars of La Caixa has been becoming an academic and professional reference in the national and international arena, and has consolidated this programme as one of the most important of the funded by private institutions in the world.