Victor Muñoz obtained his PhD in Biophysical Chemistry in 1995 in the group of L. Serrano at UAM (Madrid, Spain) and EMBL (Heidelberg, Germany). In 1996 he joined the group of William A. Eaton as postdoctoral fellow at the National Institutes of Health (Bethesda, Maryland, USA). By 2000 he became Assistant Professor at the University of Maryland where he started his independent career as PI. In 2005 he was named Tenured Associated Professor in this institution. In 2007 he came back to Madrid as Professor of Centro de Investigaciones Biológicas (CSIC). In 2009 he was named Adjunct Professor of the University of Maryland. By April 2013 he moved his group to Centro Nacional de Biotecnología and IMDEA Nanosci- ence (where he is Associate Researcher). He is Ad hoc reviewer for both scientific journals and granting agencies. Throughout his career he has been received honors and awards like Camille and Henry Dreyfus New Faculty Award (2000), Packard Fellowship for Science and Engineering (2001), Searle Scholar (2002), Marie Curie Excellence Grant (2007), EMBO Member (2009) and ERC Advanced Grant (2013). 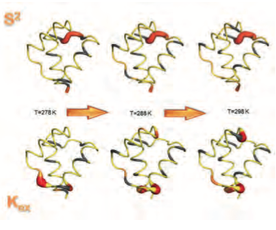