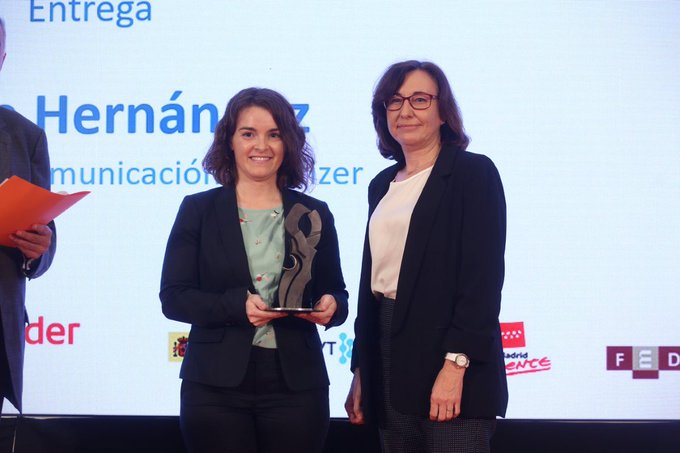 'elEconomista', a Spanish daily newspaper, has celebrated the first edition of the "Hipatia - Women in Science" awards, a distinction that has been launched with the support of Pfizer, PharmaMar and Banco Santander to recognize those women who have contributed the most in the year to the advancement of research or scientific progress in Spain.
The Hipatia Prize for Young Talent in Science aspires to recognize a scientist whose aptitudes and merits to date foreshadow a greater projection in research within her field of expertise. Thus, the Hipatia Prize for Young Talent in Science has been awarded to Dr Sara Barja Martínez.

Dr Barja won the Extraordinary Doctorate Award for his thesis in the field of condensed matter developed at IMDEA Nanociencia and Autonomous University in Madrid. Barja currently works at the Materials Physics Center (University of the Basque Country). Her research has focused on the study of two-dimensional materials phenomena at the atomic scale.

After receiving the award from Pfizer Director of Communication, Maite Hernández, Barja expressed her thanks to the Economist for the prize and the initiative that allows "to raise visibility of the scientific quality work made by women, break with current stereotypes and encourage young women who want to dedicate themselves to STEM careers. "